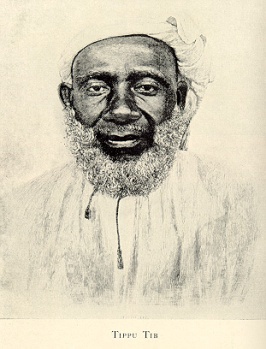 Much maligned in the "explorer press" this stalwart Zanzibari Adventurer whose real name was Hamed bin Mohammedel Marjebi, is better likened to a sort of Dave Crocket or Francis Drake of East Africa than with the villainous schoolboy-character popularized as constantly clashing with the western religious explorers of his time. He served his Sultan(s) for more than 50 years, carrying their flag and their civilization to it's furthest geographical boundaries.

Known best as an Ivory merchant and Slave trader, he had many other dimensions. At different times he undertook the roles of explorer, guide, merchant, solider, diplomat, judge and governor. He served a total of 8 Sultans during his lifetime and then retired to his home in Stone Town where died in 1905, never having shirked the tasks entrusted to him by his sovereigns. 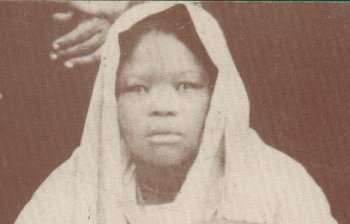 As the first and greatest Taarab Recording-Star from the early days of phonographic records She popularized Taarab music through works combing her musical excellence with love songs containing themes of social empowerment and political commentary. What made her work so revolutionary was that she sang in the language of the common people. A long time resident of the Ng'ambo section of Zanzibar City, she later traveled throughout East Africa performing and selling thousands of records. So popular among the masses was this new recorded music, from one of their own in their own language, that some scholars attribute much of modern spread and regional domination of the Swahili Language to these early recordings.

As a daughter of slaves she started life with very little. Through her own hard work and her wonderful voice she first mastered the singing of courtly Tarabu; songs of the palace, in praise of the Ruler, and sung in Arabic. She then translated those rhythmic and poetic structures onto popular tunes. The result, Swahili Taarab, made her a Star and created an new art form, that is still very popular in the Islands and practically indispensable at Zanzibari weddings and festivals. 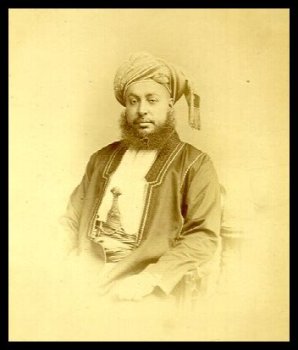 The third Sultan of Zanzibar, he ruled from 1870 until 1888. His mother was a slave (who was freed upon his birth; manyZanzibar Sultans were sons of slave women). His father was the settler king and first Sultan of Zanzibar, Seyyid Said (Said bin Sultan). Barghash is credited with building much of the infrastructure of Stone Town, including piped water, public baths, a police force, roads, parks, hospitals and large administrative buildings such as the House of Wonders.

He was perhaps the last Sultan to maintain a measure of true independence from European control. He did consult with European "advisors" who had immense influence but he was still the central figure they wrestled to control. He crossed wits with diplomats from Britain, America, Germany, France and Portugal and was often able to play one country off another in a skillful endgame of pre-colonial chess. It was his son, Khaled, who while vying for the succession, was the looser in the Shortest War. 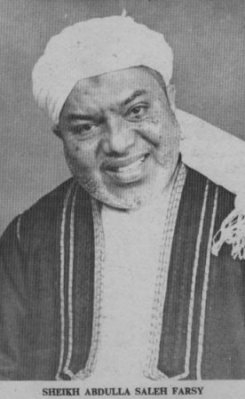 A 20th Century example of a very long line of Islamic Scholars from Zanzibar. His most famous contribution to Islam was the publication of his 807-page QUR'AN TAKATIFU (Glorious Qur'an),

Sheikh Abdullahwas appointed the Inspector General of primary schools on Zanzibar and Pemba in 1949, the Headmaster of the Arabic medium School in 1957 and the Chief Kadhi of Zanzibar in 1960. He left the Isles after the revolution of 1964 and died in Oman on November 9, 1982. 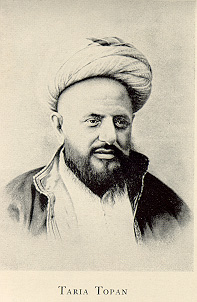 A merchant 'prince' of the old school, he made millions on the clove trade and millions more while serving as the collector of Custom Duties at the ports of Zanzibar and Pemba. In that role he would pay the Sultan a large, but fixed, fee at the start of each year for the privilege of being appointed as tax collector.

He calculated that he might collect much more than he had paid out if business was good. At that time in Zanzibar business was very good. The price of cloves and other spices was strong, demand was high and the manufactured goods these raw materials were traded for seemed to decrease in price every year as assembly line production techniques became common in the West.

With his fortune made he became a city benefactor. He endowed and built the large ornate medical Dispensary that still stands near the north end of Stone Town Harbor. He also donated land for "Wakfs", substantial tracks of land set aside for the benefit of the aged and infirm.

Not a Zanzibari but one of the first American friends to Zanzibar, he traded extensively with the east African coast in the 1800's. As a merchant Captain sailing out of Salem, Mass. he found something in common with the men of the trading houses of Zanzibar whose own shipping fortunes were made in the Dhow trade. He became known as a shrewd trader but also a man whose word could be trusted. Together thesesailor/merchants made hard bargains and fast friendships.

The Americans traded cotton cloth, ("Americani") for ivory, spices and gum Copal, which was used to make varnish in the factories of New England. The American trade helped establish Zanzibar as the commercial capital of the Region. By the 1830's, in one 18 month period, a total of 32 American vessels called at the Zanzibar harbor. In 1836 the amount of commerce between the two countries warranted the assignment of a permanent American Consul, in residence in Stone Town. Capt. William Smith sailed 'round the horn'on so many long voyages between America and the Islands that he became referred to as Zanzibar Smith on both sides of the equator.